First of all, I should apologise, because I haven’t posted anything for a long time, but you know sometimes life gets in the way…. I have to say that from all the challenges I faced, the one I’m working right now has been a bit of a struggle! But I’ll give you some context.

As you may be aware, I am doing a PhD on how host cities must go through a series of physical and social changes to stage the Olympic Games. Yet, for those changes to occur, property (i.e. public spaces, culture, among others) is taken from a variety of stakeholders (i.e. residents, local businesses, local entrepreneurs, among others), consequently, creating a sequence of social exclusion issues for the host community. That is because the event organisation is given extraordinary powers that enables the commoditisation of host resources.

However, the initial plan to do data collection for this research, involved me physically travelling to Tokyo, during the live staging of the Olympic Games. And last year, I was really happy, because that meant I could do data collection at the end of my first year as a PhD student (July-August 2020), providing me one to two years to finish the whole thesis.

But then, as we all know Covid-19 happened. And in March of 2020, the IOC and the Japan’s prime minister announced that the Games were going to be postponed one year .

At the time, of course, I got scared, because that meant that I had to delay my research a year. And to be completely honest, when I started the PhD, I convinced myself that I would be able finish everything within two-years max. So, at the time, I got a bit lost…

The thing is that, around the same time, I was struggling with issues around changing Universities, because my supervisor changed to a new position at another university. So, I got to a point where this was all too much.

But life goes on…. And I thought to myself: ok, it’s just one more year, its fine, next year you’ll go to Tokyo do the data collection and then spend the rest of the time finishing up the thesis.

And here we are, I was all prepared for Tokyo, and bum……

First, I start hearing rumors that the Games wouldn’t be cancelled, but that they would take place behind closed doors. And I even wrote a post where I outlined all the available information about how the Post-Covid Games were being planned.

However, a month ago, my PhD took a bit of a step back. I read a report that said that until the end of March the IOC and the Japanese government would make a public announcement to reveal if international visitors would be allowed or not into Japan, during the Olympics (Gillen, 2021). It first started, with concerns from the Japanese community, which I do understand. I mean, if the Games were to take place in Portugal, I would probably have the same reaction, we are talking about an aggregation of thousands, if not millions of people. And the event organization wouldn’t be able to make sure all attendees are vaccinated. This is to say, that it is a reasonable concern, in my point of view.

On the 20th of March, during the Five-Parties meeting, the Japanese partners announced to the IOC, that overseas spectators won’t be allowed into the Olympics (IOC, 2021). Additionally, the partners asked the IOC to reduce the number of ‘accredited participants who do not have essential and operational responsibilities’ (IOC, 2021).

The question I had to answer now was what does this mean for my PhD?

Well, that is exactly what I have been trying to figure out. I can’t physically travel to Tokyo to do the data collection.

And what I was supposed to collect was:

Considering these problems, and because I think the world has been evolving in technological terms, I don’t really have to be in Tokyo to know what is happening there. Right?

If I focus on using technology to my advantage, I may be able to capture the host city’s changes. Actually, did you know that mega sporting events are ‘digitally mediated events which generate significant media content that can also be the source of valuable data’ (Duignan and McGillivray, 2019:10). Meaning, that social media platforms are frequently used by spectators do tell what they have been experiencing around the Olympic city.

All of this to say, maybe there is a way in which I can do the data collection but adapt it to a digital format. And that’s what has been going on. Now, I am trying to figure out which methods should I apply, and for what purpose. Essentially, I am writing a whole new methodology.

As I was writing this post, I came across one more media report…. The report stated that an advisor to the Japan Government’s pandemic response (Professor Hiroshi Nishiura from the Kyoto University) urged authorities to reconsider postponing the Games one more year (Swift, 2021). How fun! That is because, as the professor explained ‘Japan has exhibited “poor performance” in containing virus transmission, along with limited testing capacity and a slow vaccination rollout’ (Swift, 2021).

Even though I do understand the professor’s point of view, I still have this researcher inside of me, that simply doesn’t know how feasible economically this would be….

And the report clearly stated that ‘Olympic and government officials have said further postponement of the Games is out of the question’ (Swift, 2021).

Right now, as you can see I’m in a bit of a waiting Game…

So this is the reason why I haven’t really had a lot of time to dedicate to the blog. But I’ll keep you updated and I am going to try and continue posting. 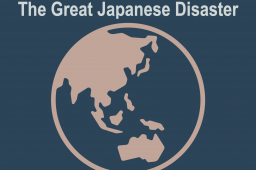 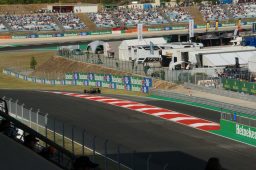